Clear Roads initiated and funded the development of innovative prototype snowplows capable of tackling a range of winter road conditions with the use of multiple blades. Four different models were delivered to five different states for pilot testing, data gathering and field observations during the 2008-2009 winter. Testing continued during the 2009-2010 winter season, and a final report summarizing the findings is available here.

See video footage and photos of the prototype plows below. If you have any questions about this project, please contact the Iowa DOT: Craig Bargfrede at 515-239-1355 or craig.bargfrede@dot.iowa.gov, or Tina Greenfield at 515-233-7746 or Tina.Greenfield@dot.iowa.gov.

This project was featured in an article in the September 2011 issue of Roads & Bridges magazine.

Road before and after – courtesy of Indiana DOT – 2009

The Flink plow was tested in Iowa. The multiple blade plow included a flexible edge (Polar Flex) and a rubber squeegee blade. A scarifier blade was fabricated but not installed. 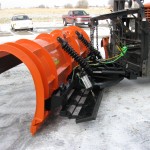 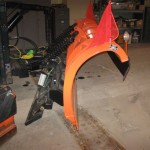 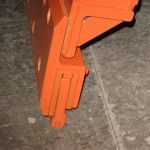 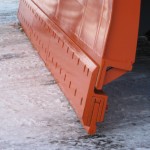 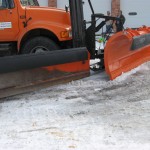 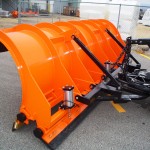 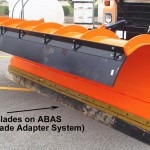 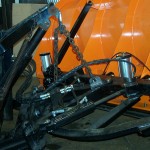 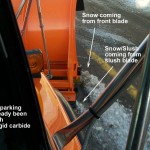 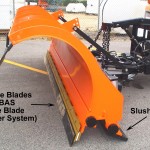 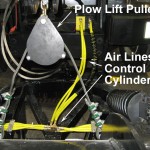 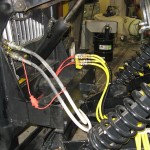 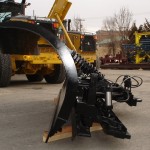 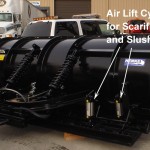 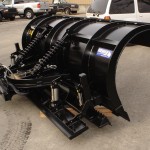 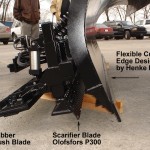 The Monroe Truck Equipment plow was tested in Wisconsin. The plow was equipped with carbide blades on a flexible cutting edge ABAS (Active Blade Adapter system), a scarifier blade (Olofsfors P300) to rough up the surface, a rubber slush blade and a cylinder set up to adjust the attack angle of the cutting edge from the cab. This adjustable moldboard allows the operator to change the angle of the cutting edge when needed to cut hard packed snow and ice from the roadway. 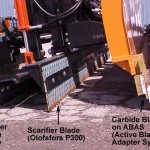 Close up view of multiple blades 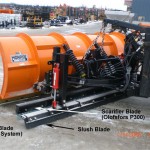 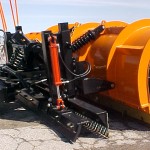 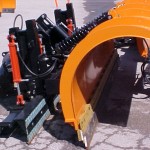 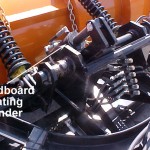 Each state was furnished a mobile DVR and a set of four cameras to monitor the plow and road conditions. Each state will record the plow in operation and the videos will be posted on this web site as they become available. 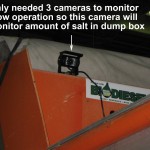 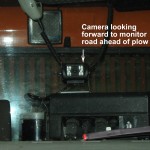 Camera mounted to monitor and record road ahead of truck 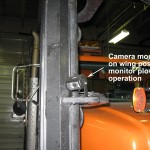 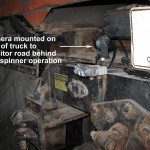 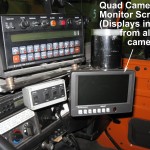 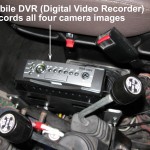 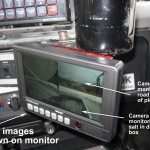